We have always considered drunk driving to be the main issue of keeping our roads safe, but texting while driving is creeping up and just as dangerous. The use of cell phones has increased more and more over the past couple decades, so now distracted driving needs just as much attention as drinking and driving campaigns.

Teens Are At A Higher Risk

If you know any teenagers, you know that their faces are sometimes clued to their cell phones. We don’t want that to be the case when they are driving behind the wheel, but sometimes it is the case. Teens are at risk of being involved in distracted driving accidents, as they are four times more likely than older drivers to get into these accidents. The reasoning behind that? The Los Angeles Times stated safe driving experts put the correlation to the parents or other adults in their lives. They see them using their cell phone or other devices when they drive, so they feel it is not a huge risk to do it themselves.

If you get pulled over for a DUI or DWI, the fines and costs can get pretty expensive. It depends on what state you live in, but you are looking at thousands of dollars. On the opposite side of things, a ticket for distracted driving costs under $200. To add to it, it doesn’t even affect your insurance rates either! So, when you stop and think about it, the penalties don’t particular deter people from texting while driving. You can defend that the stiff drunk driving penalties don’t deter people from still doing it, but maybe the higher penalties for distracted driving can help deter more and more people? 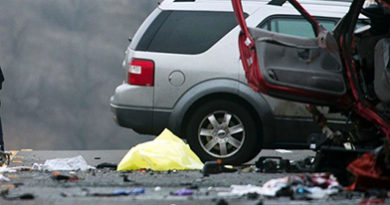 Drinking While Driving: The Facts Show Us The Impact Is Felt By Everyone