Texting or drinking while driving — we’ve been told about the dangers over and over, but one segment of the population is still particularly vulnerable.  The Centers for Disease Control says automobile accidents are the number one cause of death for teens.  Benedictine Military School on Monday was working hard to show kids just how dangerous texting and driving can be.  The key is the school was working to *show* kids — not just tell them — which is sometimes the best way to get the message across to teenagers.  The school used a special simulator to do just that…showing teens what it’s like to be driving under either condition.

Driving a car through the virtually simulated course is much harder than it looks.  Jarrod Drown explains, “You try and go fast but you really don’t accelerate fast or you go really fast and it’s hard to really control – every time you slightly turn the wheel it really swerves, so it’s really hard to get a good feel for the car.”  And it drives that way for a reason…to show students how if might feel to try to control a car while intoxicated.  Brian Tuten works with St. Joseph’s/Candler and works on outreach with Benedictine.  He explains, “I think it does simulate a little bit of how you would see it – the car overcorrecting and some of those things is hard to simulate.”  But the intrusion of things you can’t control *is* easy – and even if a student handles the car relatively well – the actions of other cars and pedestrians can trip them up on the course because of slowed reaction times.  Tuten says, “Drinking and driving and texting and driving – you can not control everything in front of you – like you could if you were not.”

The simulator was only part of the lesson this day – a 45 minute film students watched before the “hands on” experience was designed to give them a real world look at the consequences of an accident.  It’s something Tuten says some students at Benedictine have already seen up close and personal with the death of a classmate two years ago in a DUI related crash, “We have shed a few tears inside – this does hit home pretty closely.”  Student Patrick Whitten agrees, “It’s pretty gruesome – it shows a lot of stuff so, but it definitely – you could tell on everyone’s faces.”

The Ricky McAllister Foundation — formed after that student’s death — helped fund the demonstration on Monday. 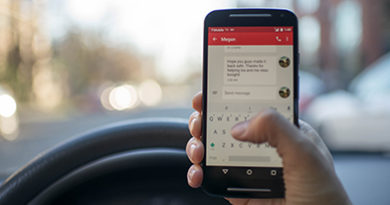 Texting and Driving Statistics: You May Not Grab Your Phone While Behind The Wheel Ever Again! 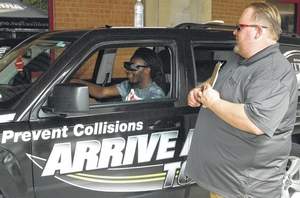 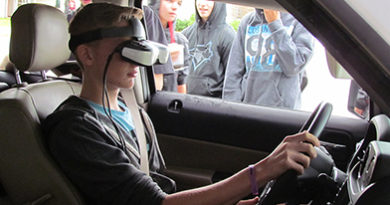