EDINBURG – A 19-year-old college student could not keep his eyes off his phone Thursday. While messaging, he also was dangerously swerving.

He was fortunate that no children, cyclists or pets crossed the road as he continued to text and keep his eyes on his phone.

Charlie Torres, a criminal justice major, was in a simulator at the University of Texas-Pan American during an awareness event organized by the Sexual, Health and Alcohol Awareness Group in conjunction with career services, student union, student health, and the Student Government Association.

The simulator arrived just as students are preparing to leave for spring break and is part of Unite Arrive Alive Tour, an organization that brings awareness programs to schools.

Torres and other 200 students each got into the simulator, which is an actual Nissan car. Its front wheels were on top of two sensors. The motor ran as it normally would. The biggest difference was that the students wore goggles connected to a computer program to simulate their sight as if they were drunk or their distraction level if they were texting.

“It’s like a video game. It is simulated, (but) it is really real,” Torres said.

After his ride in the vehicle, Torres received an evaluation from  Storn Olson, a driving awareness instructor.

“Now that I did this, probably I will stop texting,” Torres said.

On a one-on-one basis, every student heard their evaluation, and Olson was very clear about the consequences. Those range from citations that impact insurance costs, which is one of the lesser consequences, to arrests and fatal accidents.

“Here in Texas, it is a very bad idea to get a DUI. For one, it is extremely expensive. It is about $17,000 by the time the courts are done with you,” Olson said. “And they can keep you in jail for the very first” offense.

“You’ll be spending at least one night in the county jail, which is not pleasant, not the most hygienic place to be hanging out,” Olson said.

The car will be towed away and impounded, and the offender must find a way to pay to get the car back.

And the driver can have his or her license suspended for a year.

“Texas just approved the Breathalyzer in the ignition, so the judge can give you one of those,” Olson said.

Also, the driver could be on probation for at least a year if they manage to avoid jail time, “and obviously your insurance will go through the roof after this,” Olson said.

“Probably the worst aspect of this is it will give you a criminal record, and that is going to show up on a background check for the next 10 years,” Olson said.

Most of the students were doing the drunk driver ride and looking at the consequences of having a .08 alcohol level in their system.

The simulator “is fun, but it is kind of an eye opener, also,” said Adrian Cavazos, 22, who is majoring in broadcast journalism.

“I’ve never driven drunk before, but just kind of feeling not really in control of the vehicle scares you a bit, and that is kind of a reality when you are drunk. You are not yourself, you are not there,” said Cavazos.

The Texas Department of Transportation and the Texas Alcoholic and Beverage Commission had booths in the event. 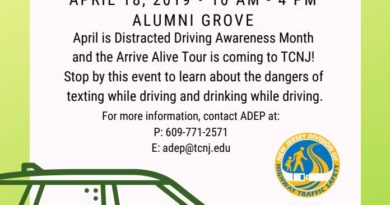 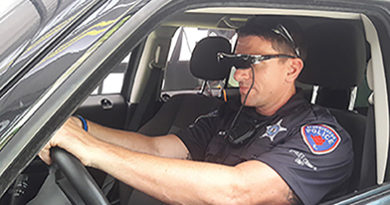 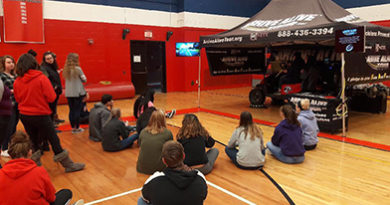