By Elizabeth Ygartua Collegian Staff
Students, community members, faculty and staff tried out a distracted-driving simulator in the Forum yesterday as part of an effort to raise awareness about the dangers of texting while driving and drunk driving.

The Office of Student Activities and the University of Richmond Police Department sponsored the Stop-Loss simulation, run by UNITE International, a company from Grand Rapids, Mich.

In the past, police have run exercises with a golf cart and cones simulating the drunk driving experience, said Sgt. Eric Beatty. He said this simulation was different because students sat in a real car.

“It really adds a new element to the process,” Beatty said.

In the nine years Beatty has been at Richmond, this was the first time that the police department has had an exercise simulating the dangers of texting while driving, Beatty said.

“It’s important, because texting is more prevalent, at least I hope, than drunk driving,” Beatty said.

Sophomore Sharon Uti, who did the drunk driving exercise with the golf carts last semester, tried the texting while driving simulator yesterday.

“It was a little scary, but definitely fun,” she said.

Uti was issued a fake citation after the simulation, but at least she survived.

Police officer Tracy Gibbs tried the drunk driving simulation and was issued a citation for a collision, driving below the speed limit, swerving and driving on the wrong side of the road.

“I wouldn’t want the chief to see this citation,” she said to Beatty after finishing the simulation.

Gibbs, who had never participated in a drunk driving exercise before, said the simulation made her drive slowly and distorted her peripheral vision.

“I just hope the students who are stopping and doing this are learning something, especially from the video,” Gibbs said. “It’s pretty graphic. It’s definitely something to take seriously.”

O’Brien said that UNITE runs about four of these simulations a week at campuses and high schools from Brownsville, Texas to northern New York. They drive from city to city in the car they use for the simulation, he said. 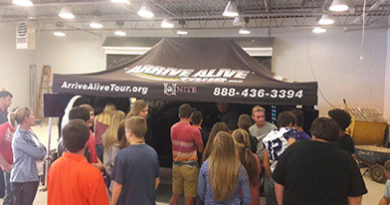 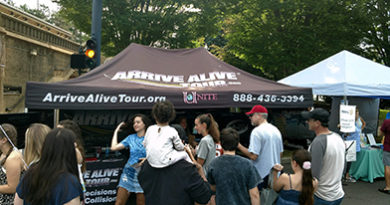 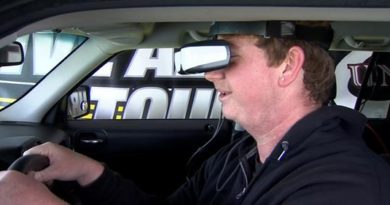