Unite International brought a simulator to St. Charles Community College in Missouri.   In a horrifying test-drive, students got a reality check on the risks of texting and drinking while driving.

“Rather than just telling students over and over again,’ said physical education coordinator Brenda Hollarah.  ‘Because they think I’m their mother.  So, I don’t have much credibility.”

Hollrah said she is devastated when she hears a student has died in a car crash.

“The question is always there: Were they texting.”

“The car functions absolutely normally,’ said production manager Josh Hall.  ‘And, everything through the virtual reality world will actually impair your vision and delay your reaction times.”

Student Sam Bogan was at the wheel.  There was screeching and the sound of a crash.

“Was there an intersection there?’ he asked.  The whole scene played out on-screen.  He was on a cell phone.

‘If the terrifying car ride isn’t enough for students to not text, or drink, and drive ever again, the good people from United have a little reminder waiting on them when they step out of the car.

“Driving on the wrong side of the road, swerving, collision,’ a United producer gave Sam two lists of citations.

Faculty here say the only way students will stop distracted driving is to do it, while the simulator keeps them safe.

“To actually be in a car and actually feel what it feels like to go through the motions of texting and actually being in an accident,’ said student activities coordinator Mandi Smith. 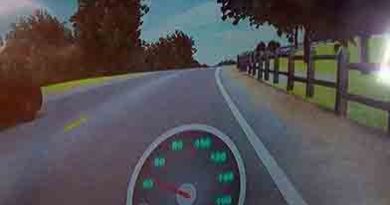 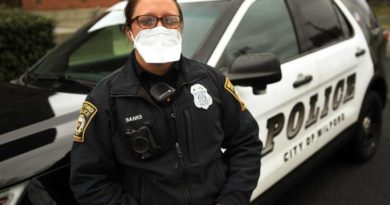 COVID-19’s Impact on Drunk Driving – Is it here to stay? 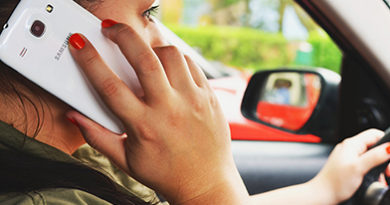