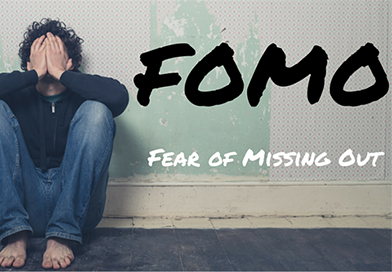 Young adults may be guilty of texting while driving, but the reason may shock you. A new study was conducted and it found that some drivers are picking up that phone and texting while behind the wheel because they have a fear of missing out. Yes, FOMO is taking over their minds and because of that, they risk crashing from texting while driving!

The study was released in the journal Risk Analysis. In the study, scientists said that nearly three-quarters of young adults have experienced an all-consuming FOMO. This can be linked to lower levels of general mood and life satisfaction. So, they aren’t as happy when they know they could be missing out on something! Besides that, this can also be linked to a bad outcome: car crashes!

The dangers of distracted driving are real. In 2016, there were 3,450 deaths linked to distracted driving that were caused by the driver. Also, there were 562 deaths (pedestrians, bikers and others) caused by distracted drivers. Despite those numbers, this study done in Australia showed that many drivers still don’t consider texting and driving at the same time to be a danger! Um, hello? The study also showed research that was completed, as it said talking on a cell phone increases the risk of crashing by 2.2 times while texting increases the risk by 6.1 times. No danger though?

The survey was completed on 447 drivers in Australia. The researchers were trying to determine the reason why people continued to drive distracted, despite knowing it’s dangerous. They came up with two main reasons why this is happening: sense of separation anxiety and the fear of missing out, or FOMO. The drivers wanted to know what their friends were doing or talking about and not miss anything.

Don’t believe FOMO is a thing? Well, you may not be alone, but it truly is. Cyberpsychology researcher Jon Elhai, Ph.D said, “FOMO is a powerful motivator of behavior, including smartphone checking behavior. The finding of smartphone checking despite driving shows participants were engaging in very risky and harmful behavior. Though it is not surprising, as people often know the risk of using smartphones while driving, it does demonstrate that people overestimate their own ability to multitask and think other people are the ones who can’t do this well.”

Elhai has done his own research in regards to FOMO and determined that the feeling is driven by a need for a tactile sense of social fulfillment. He also acknowledged that FOMO is most often experienced by younger individuals. This is not shocking.

The Australian study gave readers other results to consider also. They found that women are more likely than men to use their phones while driving. Nothing shocking here, but the people using their phones while driving are the same people least likely to believe that using the phones will cause them to crash. The study found that 68 percent of the surveyed drivers “reported needing a lot of convincing to believe in the dangers of texting and driving.” 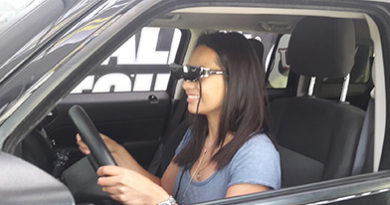