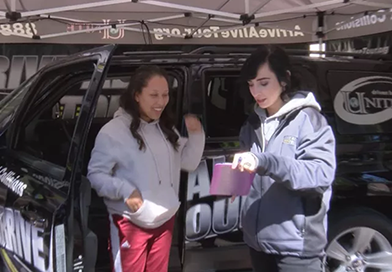 As the students at Valdosta State University prepared to head out on spring break, the campus tried to give them a heads up before heading out by bringing a drunk driving simulator from the Arrive Alive Tour. The simulator allows participants to experience the dangers of drinking and driving, but in a controlled environment.

As we have reported in the past, drinking while driving is a real issue in this country. It is no different for Georgia, where Valdosta State University is located. According to WALB News 10, Georgia State Patrol Post 31 reported there were 20 DUI arrests and 16 distracted driving citations in February. That is one post only, so the real issue is big.

To help combat that issue, the Arrive Alive Tour is bringing their drunk driving simulator around the country. WALB News 10 attended our event at Valdosta State, as one of their reporters, Damon Jones, tried out the simulator. As crew member Max Vandewater stated, this simulator is “designed to highlight the dangers on the road of both of those activities, both for yourself and others.”

The simulator is designed to give you the feel of being on the road after drinking. It is the virtual reality goggles that impair your driving. Vandewater said, “We can put you through any number of situations, we can personalize the experience so it really hits home for them when we start doing the simulations.” This is why Coordinator Mark Williams brought the drunk driving simulator to campus, as he said, “It really gets the attention of the students, some of them are a little bit cavalier initially, but after that, they see just how they can be affected.”

The drunk driving simulator is there to open the students’ eyes to the real dangers of drinking while driving. That is exactly what happens for some of these students. Vandewater said, “Sometimes you’ll have kids sit down and go, ‘Wow that actually, whew,’ they take a second to get out of the vehicle and say hey, ‘I text and drive usually and this is the kind of thing that can happen.'”

We know that not everyone is going to take to heart what they learn at these events. It is a matter of making people think and question themselves next time they get in this type of situation. Maybe they won’t get behind the wheel after have a couple drinks. Now they see know how dangerous that can be. It is all about making a change, one person at a time: “As long as we change one person’s mind one time about texting and driving and drinking and driving, that’s plenty effective in my eyes. So, anything beyond that is definitely a win,” said Vandewater. 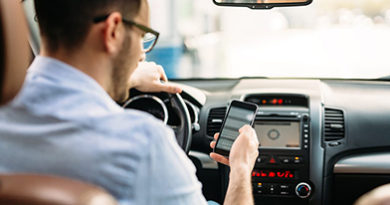 Majority Of Drivers Believe Texting And Driving Is Not Dangerous 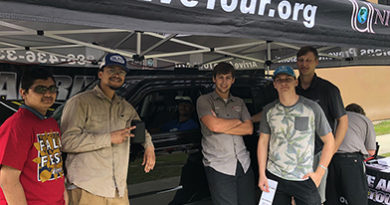