What happens when a driver is behind the wheel texting and driving? It looks like researchers from the University of Houston and the Texas A&M Transportation Institute decided to use a distracted driving simulator to find out the results. While the Arrive Alive Tour teaches of the dangers of texting while driving, this study gives the exact reaction and what is happening in your body when you are distracted driving.

For the study, 68 volunteers were used. They all had valid driver’s licenses with normal or corrected-to-normal vision and were placed on a distracted driving simulator. The testing was conducted using both thermal and visual cameras, along with palm sensors, sensors to measure heart rate and breathing rate, and an eye tracking system.

According to Ioannis Pavlidis, Eckhard Pfeiffer Professor and director of the Computational Physiology Lab at UH, this is the first study to tackle three types of distracting elements – sensorimotor, such as texting; cognitive, such as absorbing thoughts; and emotional distractions.

To do the testing, volunteers drove the same segment of highway four times in a high-fidelity distracted driving simulator – with no distraction and with cognitive, emotional and physical distraction. They were monitored via standoff and wearable sensors, which recorded perspiration, heart rate, breathing rate, gaze and facial expressions to capture the drivers’ state as they were overloaded by multitasking. While this was going on, the simulator’s computer recorded driving performance variables including speed, acceleration, braking force, steering angle and lane position.

According to the research, texting led to far more dangerous driving, while a “sixth sense” appeared to protect those suffering emotional upset or absent-mindedness. Texting interfered with that sixth sense, letting drivers drift out of their traffic lanes. The researchers reported this result in the journal Scientific Reports last year, using a subset of the data they collected.

Pavlidis added, “eye tracking and breathing rate proved useful metrics for measuring the impact of texting while driving. But that wasn’t helpful in cases of emotional or cognitive distractions.” Researchers found heart rate signals captured via wearable sensors and perinasal perspiration captured via miniature thermal imagers were able to track all forms of distraction – a result that is reported in the current Scientific Data paper.

Basically, texting and driving leads to a higher heart rate and is bad for you, plain and simple! 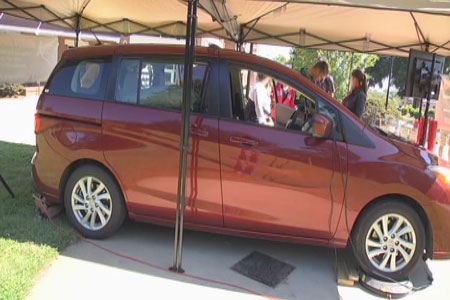 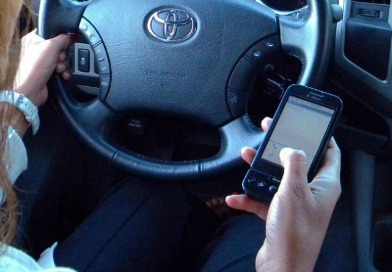