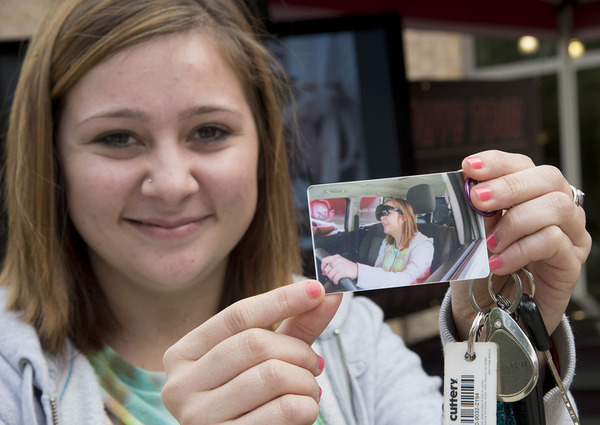 The first time I noticed someone texting and driving, it wasn’t because of his hands. It was his knees.

My friend was driving us home when he realized he needed to tell someone he wouldn’t be stopping by that day. He pulled out his cellphone, began typing a message and continued on the highway at 75 mph.

He was steering with his knees, fingers occupied with the literal task at hand. I was terrified. And though we were fine that day, distracted driving leads to thousands of deaths and injuries each year.

UNITE International’s “Arrive Alive Tour” stopped Wednesday by Frederick Community College to simulate what it’s like to drive while distracted, and show the potential consequences.

“Smartphones make it so much more accessible,” Bennett said, adding that the number of those crashes has risen in the past five years.

An admitted frequent car texter myself, I wanted to see if my texting-while-driving skills could stand up to the simulator.

I blasted past the speed limit. I hit at least two virtual pedestrians. Other cars on the road didn’t stand a chance, and it was as if the median didn’t exist. Once, I hit a police car doing 75 mph on a 45 mph road.

And that was all in three minutes. Maybe I’m not as suave as I think.

Granted, the simulator wasn’t a perfect mirror of reality. The driver wears a pair of virtual-reality glasses that allow you to demonstrate texting while driving or drunk driving. Though you’re sitting in a car, it’s not running and the G-forces that would normally alert you to swerving or speeding don’t exist.

FCC students who also tried the simulator said they text while driving because “it’ll just take a second” and because they “can keep (their) eyes on the road.”

“In real life, I don’t swerve (while texting),” first-year student Alyssa Smith-Henry said. “Or at least I didn’t think I did.”

Smith-Henry said people are more likely to text and drive because “everybody texts … not everybody drinks.”

Others acknowledged that distracted and drunk driving crashes affect every community.

Second-year student Rachelle Higgs saw another safe-driving presentation during prom and graduation season as a Linganore High School senior in 2012.

“They told us, ‘This entire group will never be together again,'” Higgs said. “There was definitely an emotional impact.”

Higgs simulated driving after consuming five alcoholic drinks in two hours and said it seemed realistic. She said she’s always known drinking and driving is stupid, so “this is just a confirmation.”

“Barely moving the wheel was like, oops, other side of the road,” Higgs said.

I’m prone to texting, emailing, eating and doing a number of other things on the road because of the nature of my job, and the simulation did give me food for thought. But if I don’t choose to drive safely for myself, Bennett told me, I should do it for others.

For Bennett, 23, the work with UNITE is personal. One high-school friend died in a drinking-and-driving accident, and another friend was injured while texting on the road.

He said people are ignorant about the reality of impaired driving. He loves raising awareness and sharing statistics that could keep someone safe in the future.

“You have to think about your friends, your family, your neighbors who are on the road,” Bennett said.

From Distraction.gov, the U.S. government website for distracted driving:

Ten percent of injury crashes in 2011 were reported as distraction-affected crashes.

Eleven percent of all drivers under age 20 involved in fatal crashes were reported as distracted at the time of a crash. The age group has the largest proportion of drivers who were distracted.

For drivers 15-19 years old involved in fatal crashes, 21 percent were distracted by cellphones.

On any day across America, about 660,000 drivers are using cellphones or manipulating electronic devices while driving, a number that has held steady since 2010.

Engaging in visual-manual subtasks (such as reaching for a phone, dialing and texting) associated with the use of hand-held phones and other portable devices increased the risk of getting into a crash by three times.

Sending or receiving a text message takes a driver’s eyes from the road for an average of 4.6 seconds, the equivalent at 55 mph of driving the length of a football field.

Headset cellphone use is not substantially safer than hand-held use.

A quarter of teens respond to a text message once or more every time they drive. Twenty percent of teens and 10 percent of parents admit that they have extended, multi-message text conversations while driving. 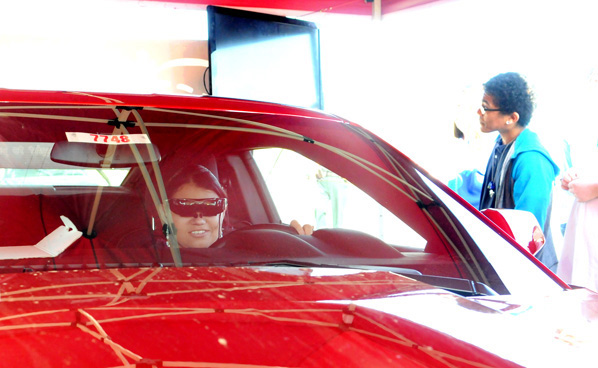 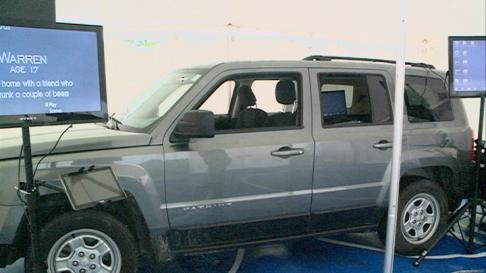 Students learn the dangers of texting and driving