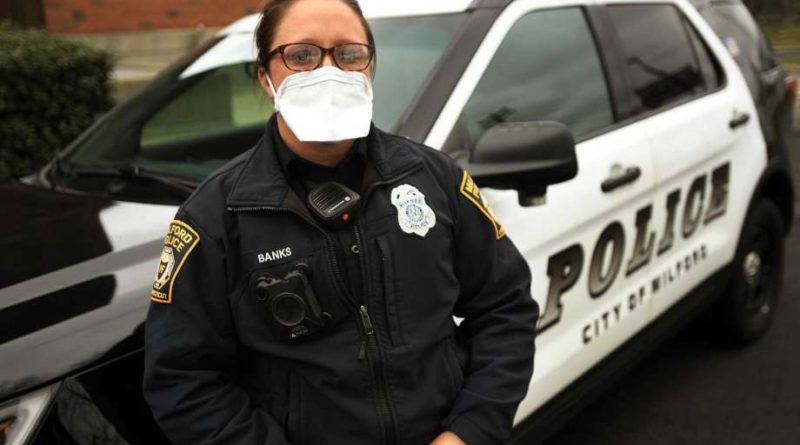 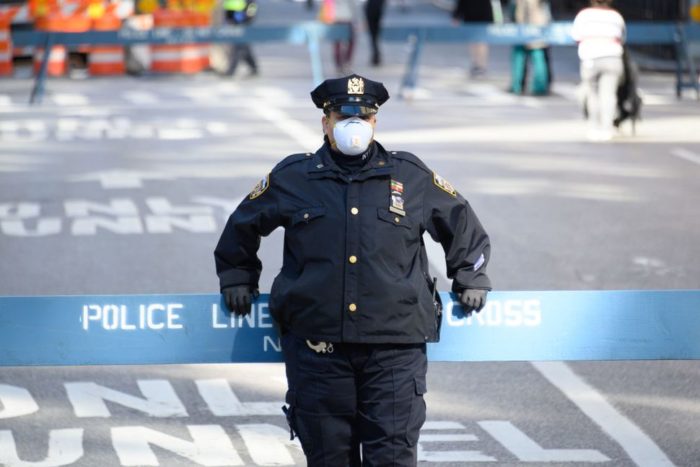 The Covid-19 pandemic has dramatically impacted the lives of people in many ways, including alcohol consumption. With the executive stay-at-home order, closing of bars, restaurants, and public social events, it’s important to look how these events correlate with impaired driving nationwide. Along with the raw data, there are many contributing factors that could impact the long-term effect COVID-19 will have on drunk, drugged, and distracted driving related incidents.

With stay-at-home orders going into effect in March in most states, alcohol sales sky-rocketed from the previous year. Nielsen reported,  “Compared with this time a year ago, during the seven-week COVID-impacted period ended April 18, brick-and-mortar alcohol dollar sales were up 21%, while online sales of alcohol have skyrocketed to over 2X that of a year ago, up 234%. In fact, alcohol is the fastest growing e-commerce department among consumer packaged goods (CPG), and weekly growth has continued.” 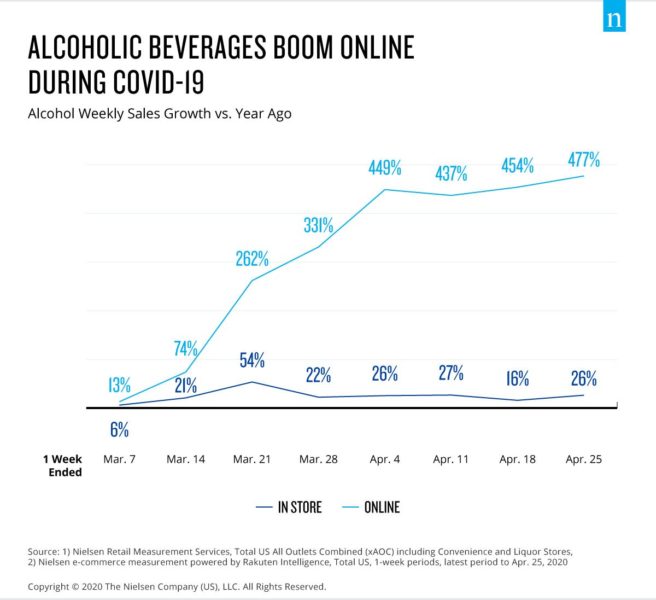 The increase in alcohol sales can be concerning, but why are we seeing such a dramatic increase? There are a variety of reasons that people are using alcohol to cope with the stress of the Covid-19 pandemic. A recent survey of 1,000 adult Americans was conducted by Recovery Village, and the results were interesting.

Respondents displayed higher rates of drug and alcohol use. Of the respondents:

The participants were asked why they were prompted to use substances within the last month. Of the respondents:

Examining the most common responses for increased drug and alcohol consumption – there is an alarming issue. People are using alcohol and substances as a coping mechanism for mental distress. If this trend continues, would it lead to more alcohol related deaths?

The potential impact of this was highlighted in an article by USA Today. The article examines a new study, released Friday by the Well Being Trust and the American Academy of Family Physicians. The study factored in isolation and uncertainty when it calculated the expected deaths from suicide, alcohol and drugs, based on nine unemployment scenarios. The likely toll from these “deaths of despair” was the loss of an additional 75,000 lives, the study found. Death estimates ranged from 27,644 if the economy recovers quickly, to 154,037 if recovery is slow.

Currently the DUI statistics across the nation are split as some states are experiencing increases in DUI arrests and fatalities and others are seeing a drastic decrease. There are some contributing factors to the data being collected on DUI’s.  Overall number of drivers on the road during the stay-at-home order are down, law enforcement’s approach on enforcement of traffic violations has shifted, and events involving alcohol are limited and/or canceled.

Despite these circumstances states such as Colorado are seeing a drastic increase in DUI arrests and fatalities. Reports from the Colorado State Patrol indicate that impairment related deaths in the first part of 2020 (Jan 1 -April 30) have doubled from the previous year. During those months, State Patrol says alcohol and marijuana-related crashes are up 32 percent from that time last year. And unfortunately, it’s not just crashes involving impairment that are up – deadly DUI crashes have also doubled. “We know life is different for all of us right now. You might think that stay-at-home orders would mean fewer tragedies on our roads,” said Col. Matthew Packard, Chief of the Colorado State Patrol. “While overall traffic fatalities might be down, injury and fatal crashes caused by drug and alcohol use are up. We know that even during the pandemic, drunk and drugged driving haven’t stopped. Our efforts to remove impaired drivers from our roads haven’t stopped either.”

While Colorado is experiencing a drastic increase in DUI related incidents, states such as Missouri are reporting a drastic decrease in such incidents. The Clinton Courier reported on this issue: “Just how drastically is COVID-19 affecting drunk driving numbers? To put the numbers into perspective, between 2015 and 2017, there were 377 deaths and 1,171 injuries owing to alcohol-related crashes, according to the Missouri Department of Transportation (MoDOT). If numbers stay consistent, Missouri is now on track to reduce those numbers by as much as 70%. At the end of March last year, Missouri police arrested 293 people for drunk driving. This year, on the same weekend, police arrested just 94 for drinking while driving.”

Conflicting responses on the impact COVID-19 has had on drinking and driving leads me to believe there is another contributing factor – law enforcement. How has law enforcement’s approach to their duties impacted the number of incidents? Has social distancing, new COVID-19 training, and a change in enforcement priorities caused the amount of incidents to decrease?

A report from the Concord Monitor indicates that it may have a direct impact. In an interview with Police Chief Andrew Wood of Hancock, NH, Chief Wood stated, “Basically, we are being more selective on our motor vehicle enforcement,” Wood said, adding when motorists are pulled over precautions against contamination are taken. “I’ve told the [officers] they have to use social distancing with masks and everything.” Chief Wood then went on to add, “We don’t want to have a huge amount of contact with a lot of people, unfortunately, it’s what we do. But chasing the broken tail lights is not something we are prioritizing for now,” Wood said. “We are still going to enforce the laws. We are just going to be a little bit more selective in how we are going to enforce those laws. If you’re speeding we are going to enforce the speeding laws … That is what the law is for – reduced accidents and crashes.” I can assume that this might be the approach many law enforcement agencies are taking regarding COVID-19. According to the National Highway Traffic Safety Administration, for every one arrest made for drunk driving or DUI/DWI, there is an estimated 500 to 2,000 drunk driving incidents that go unpenalized. With less traffic stops, social distancing requirements, and a shift in priorities regarding traffic violations I can see how this would impact the data showing a decrease in DUI related incidents.

The measurable long-term impact of the COVID-19 pandemic on drinking and driving is to be determined as stay-at-home orders are lifted and we return to a sense of normalcy with restaurants, bars, and events re-opening. However, the baseline for the impact that drinking and driving has on our youth has already been established by data released by NHSTA’s Traffic Safety Facts: in 2017, 16 to 24 year olds comprised 42% of the drivers killed in alcohol-related crashes. During 2017, the highest percentage of drunk drivers were 21- to 24-year-olds, at 27%. I will touch on this more in a later blog post regarding youth drinking and driving trends. However, I will leave you to draw your own conclusions on how the added stresses of a pandemic, increased alcohol consumption, and shifts in law enforcement might impact drunk driving incidents going forward.

Our mission at The Arrive Alive Tour is to educate young drivers on the dangers of drunk, drugged, and distracted driving. We are available as a tool for your community to make a lasting impact. Our event is an experience that participants can carry with them through the most challenging times including a pandemic. We hope to speak with you today about how we can make the roads a safer place 888-436-3394! 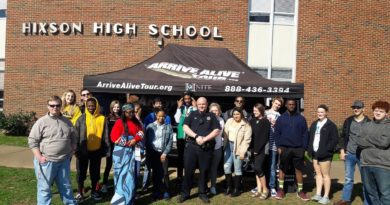 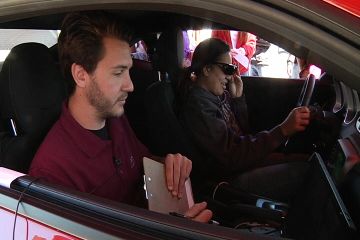 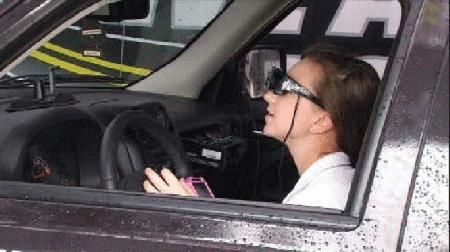 Students See What It’s Like To ‘Drink And Drive’