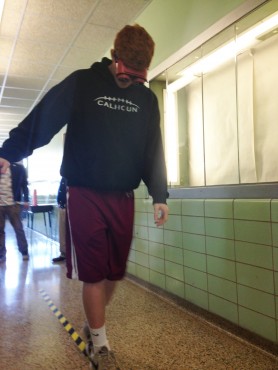 Last Friday morning, Calhoun High Schools students were driving recklessly in the back parking lot of their school, veering here and there, occasionally crashing into parked cars and nearly missing pedestrians. They were all drunk.

That is, a computer simulator gave them the sensation that they were driving drunk.

UNITE International, a private driver-safety company that holds seminars for companies, colleges and high schools across the country, came to Calhoun on Oct. 25 and set up a black Jeep whose tires rested on sensor pads that allowed students to simulate driving without leaving their parking space. A street scene was projected before them by a pair of goggles connected to a monitor, which recorded their driving speed and any and all traffic violations, accidents, even vehicular deaths. The goggles simulated drunken driving.

The Bellmore-Merrick Central High School District teamed up with the Community Parent Center to bring the “Arrive Alive Tour” to Calhoun. The Parent Center’s executive director, Wendy Tepfer, and the Central District’s director of physical education, health and athletics, Saul Lerner, were instrumental in brining the tour to the district.

To help fund the program, the Parent Center received grant funding from the Nassau County Traffic Safety Board, secured by Legislator David Denenberg, a Democrat from Merrick who is up for  re-election this year.

In addition to the simulator, students rode in pedal cars wearing “drunk glasses,” which also gave them a sense of what it is like to drive drunk, as well as walked a sobriety line wearing the glasses and watched films intended to dissuade them from even considering driving while intoxicated. 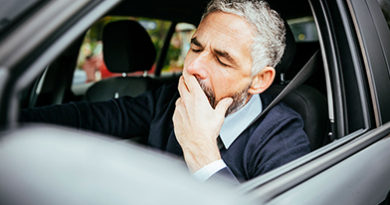 Drowsy Driving Is Just As Bad As Drunk Driving – Know The Signs! 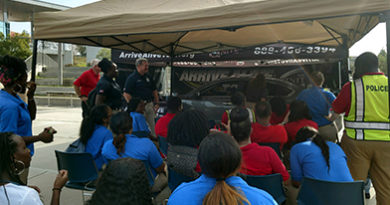 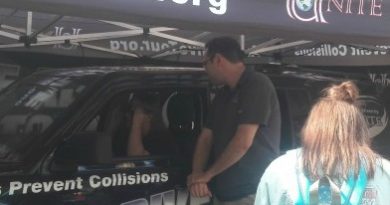