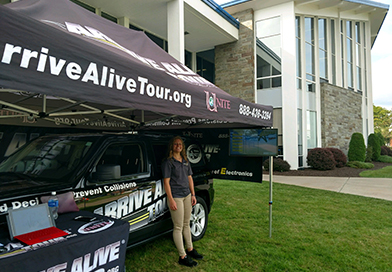 The Arrive Alive Tour teaches students and members of the community the dangers of impaired and distracted driving. On a recent stop at Utica College, a local news station was able to get an up-close look at the texting while driving simulator. 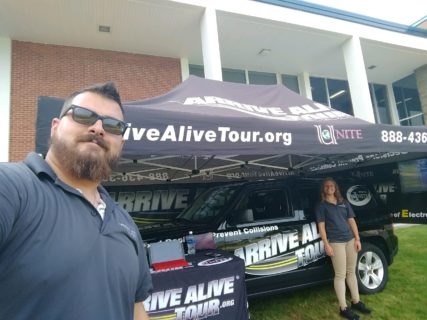 Arrive Alive is an organization which travels to different places with the goal of keeping people safe on the roads.

“11, 12, 13 years or so ago my boss started this company up because he had some problems with drinking in his family,” said Alive Arrive employee Ayron Austin.

The simulator, which orginally allowed a person to get behind the wheel and “drive” under the influence, has since expanded into teaching about other poor driving habits.

“This is kind of here to show students at a young age and older ages that just because it’s something you use all day like your cell phone,” Austin said. “Just because you use your phone all day, you don’t realize when you get in your car that you’re still using it, and you’re not paying attention to things.”

As someone who often texts and drives, Jordyn Keeck-Beach says she doesn’t always think of the consequences.

“[I think] it’s not going to happen to me, I do this all the time, or it’s only a second kind of thing,” Keeck-Beach said.

And even though she says she’s never gotten behind the wheel after drinking, this will continue to make her think twice about distracted driving in the future.

“It was going to be a really big wake up call to slip and not pay attention and get into a crash,” she said.

Ultimately, Arrive Alive looks to get prevent people from distracted or impaired driving.

For a look at the video included in the article, check out CNY here! 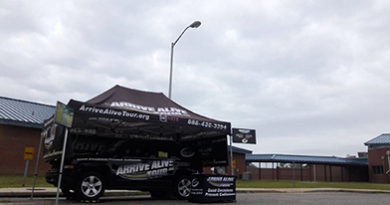 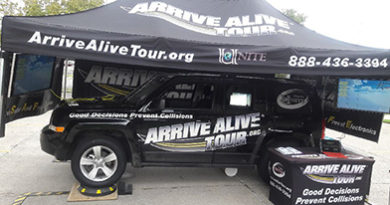